Million Dollar Ideas That I Want You To Steal From Me 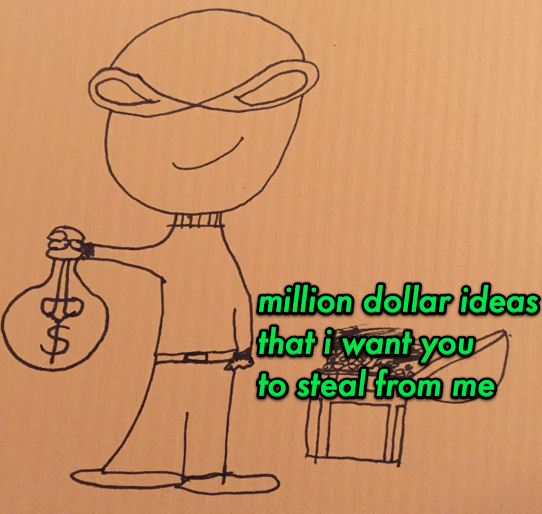 This could be you, stealing these ideas and cashing them in for a poorly drawn treasure chest.

At the beginning of 2015, I set out to “get to where I want to be”. At its core, this meant a few different things to me.

So far, all of those proverbial boxes have been checked and the year isn’t over yet, so I’m feeling good. At the same time, for the entire month of October 2015 I have been coming up with 5-10 ideas PER DAY (a process inspired by James Altucher). It almost feels counter-productive. Except it’s not. Before, I felt stuck. I felt like I simply couldn’t pursue these ideas no matter what I tried or how I tried it. This blog has given me a structure to pursue my idea backlog.

But now, I have so many ideas that I know I will never take action on all of them. This isn’t a problem—a lot of them I don’t even want to pursue because I know someone else would be better suited to do so. Coming up with them has strengthened my idea muscle which was the goal.

Here are some of the ideas I came up with that I believe are million dollar ideas. If you feel passionate about any of them, feel free to make them happen, and if you cash out one day and buy your own island, feel free to throw me some extra cash (or at least invite me to the island).

1. An app that lets you know exactly where to find your food in the grocery store

This would be almost priceless to me. The Paradox Of Choice is real. And it is laughing in my face every time I enter the grocery store. There’s too much going on—complete sensory overload. Did you know there’s at least 7 different places to buy cheese in my local grocery store? It’s called Jewel-Osco, and it’s not a jewelry store, it’s a grocery store. It is the worst grocery store I’ve ever been to in my life. The cheese is not all in one “cheese” section. It’s not even all in one “dairy” section. If I could hook my grocery list into an app that tells me the aisle of each item, I would pay handsomely for it. If this existed I might even shed tears of joy. Please for the love of groceries, someone steal this idea from me and become rich from it. Feel free to adapt to other stores if you, like me, abhor grocery stores enough that you can’t stand to think of owning a grocery store-centric app. 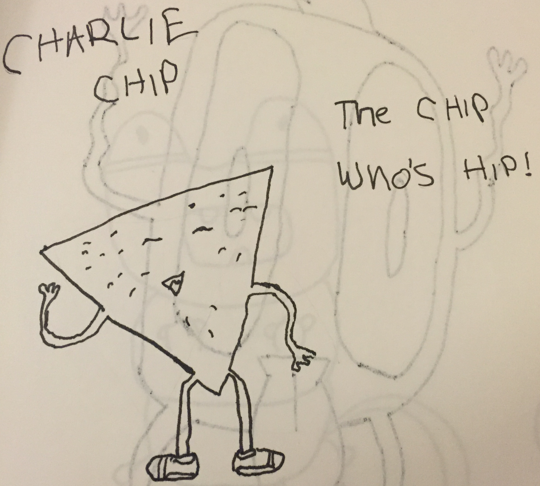 If you’re looking for Charlie Chip and friends in Jewel-Osco you may want to put on a podcast first. You might be looking for a while.

2. A way to order, buy, and handle deli meat that isn’t mind-numbing or disgusting

Are you sensing a theme to this post? It’s not my fault that the grocery industry is ripe for disruption. But it could be the solution you’ve been looking for to start your next million or billion dollar company. Every time I go to the deli aisle and order fine meats and cheeses* (usually pepper jack and pastrami), any number of dis-pleasantries can occur. If this process was fixed, maybe a machine would measure out my 1/4 pound of pastrami so that the person slicing didn’t think 1/4 pounds is equal to .44. Maybe a machine would be able to have standardized thickness so that a deli worker didn’t have to hold up slices of meat for me to inspect to see if it’s the right cut, and then awkwardly ask me if I want to eat it in front of everyone else in line. I don’t want these people working the deli aisle to lose their jobs, I simply want a more consumer friendly way of ordering my weekly lunch items. Do you know that some people who work in the deli aisle don’t know that “pepper jack” is a type of cheese? I know, I was confused too. I hate having to awkwardly decide what turkey to choose when I ask for “turkey” and they read me a list of brands and ways it was spiced, etc. I can feel the soccer moms judging my lack of deli knowledge. It doesn’t feel good. And lastly, I hate getting the meat out to make lunch the next day and feeling the weird slimy paper that they put in the sticky plastic bag. There has to be a better way.

3. Go back to the mid-eighties through the nineties, look at the most popular kids’ toys and games and remake them.

Imagine the Skip-It with a companion app that counts your steps and performance. Imagine getting 5-8 pop stars to cover the Skip-It theme song and up-selling the collection as an EP inside the app. Any game that was popular around this time can be new again. You could even completely rip the idea, make a few tweaks, and change the name. After all, isn’t Words With Friends simply digital Scrabble? As 90’s kids grow up and have kids, there’s going to be a nostalgia goldmine to be made in these apps and games.

4. Create an oven sensor that can tell when you add and remove food so that it turns off by itself (according to the weight before and after its empty).

We don’t own a microwave, so I frequently reheat leftovers in the oven. Why can’t my oven tell when I put in food and take it out so that it can turn off automatically after 20 seconds or so of reduced weight? Because you haven’t made the Weighted Oven Sensor, sold it to Sears, made your millions, and given me a cut yet!

I know, these are all the epitome of “first world problems”. But that’s okay. In generating these ideas, I wasn’t trying to have every idea be a game-changer, I just wanted to get better at generating ideas. And the more ideas I come up with, the more likely one is to be something that sparks me to take serious action. Keep this in mind if you want to flex your own idea muscle. Don’t worry about the quality so much as the quantity. I have ideas on my list that probably can’t physically exist yet. I have ideas that are simply names of things without any back story whatsoever. But for each random product name and batch of current impossibilities, I get a little closer to where I want to be. And it’s certainly not in the grocery store. 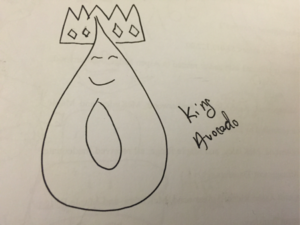 The only reason I’ll set foot in a grocery store is if I need guac ingredients.

So please, take these spare ideas and use them to print money. If they don’t work out for you, I’m sure I can scrape some more together that may be up your alley.

How To Generate Ideas and Revamp Your Routines

I’m Turning 12 Months Of Stuff Into A Book (Hopefully)